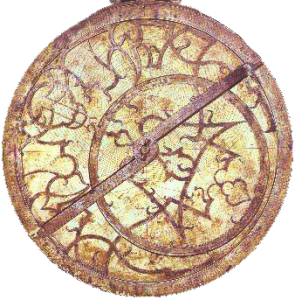 Adelard was one of the great minds of the Middle ages and is described by many as England’s first Scientist. He was known for contributing to philosophy, mathematics, geometry, astronomy, astrology, alchemy, music, sports and was a senior government official at the Court of the Norman Kings.

He was the only Western scholar to venture to the Middle East to study with the Arabs, who were 800 years ahead of the West.  He was away for 7 years, and returned with a wealth of intellectual riches which he translated from Arabic to Latin. These included Euclid’s 13 Elements of Geometry, which had been lost to the West and led to big advances in architecture; and Al-Khwarizmi’s Zij, or Star Tables, which changed the Western mindset.

Adelard played a key role in introducing the Astrolabe to the West, which has been described as the first personal computer. A replica Astrolabe is at the Bath Royal Literary & Scientific Institution in Queen Square.