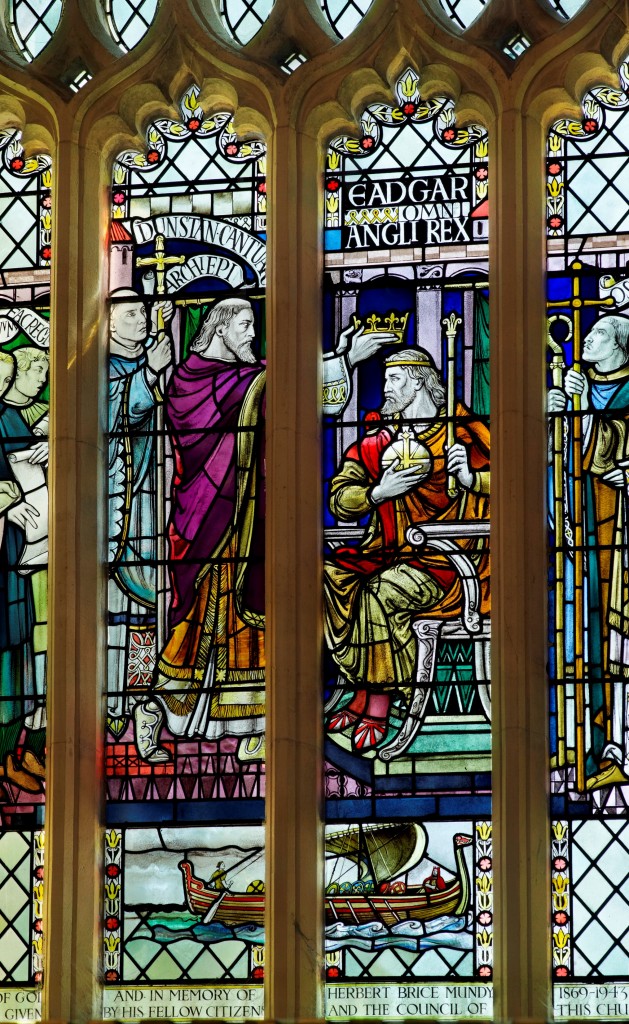 Believed by many to be the first King of all England, he was crowned King in Bath’s Anglo-Saxon abbey in 973. Many aspects of this service have formed part of all subsequent coronations, including the present Queen’s.

You can see a stained glass depiction of King Edgar’s coronation in Bath Abbey.